1. The approved cars list in the rules is not the be all and end all, it’s just a list of cars we expect to see in the series and they will effectively get fast tracked through the entry process. We welcome suggestions for adding to the list, but only suggest cars you actually intend to run.

2. Ballast penalties for parity have always been in the rules, but for season 4 we will actively be enforcing them to slow down a handful of cars at the front, our goal is to have the top 50 cars within 2 seconds a lap of the fastest car. The kickback from throttle restrictors was to great but still an option if you don’t want to run extra weight.

3. There will effectively be a drop round for those who enter all rounds going before the last round. The drop round will see your worst result replaced with 200 points. This is to reward those that attend all rounds but may have found out they bought a lemon by round 1 or 2.

Season 4 dates are as follows:

I (James Watson) have chosen not to compete in season 4 due to other racing commitments. I will still attend 2KCUP rounds so my focus has changed from beating you all to trying to get video’s of race starts and finishes, sorting grids and helping sort what I can in regards to the 2KCUP, aka be an actual series coordinator. 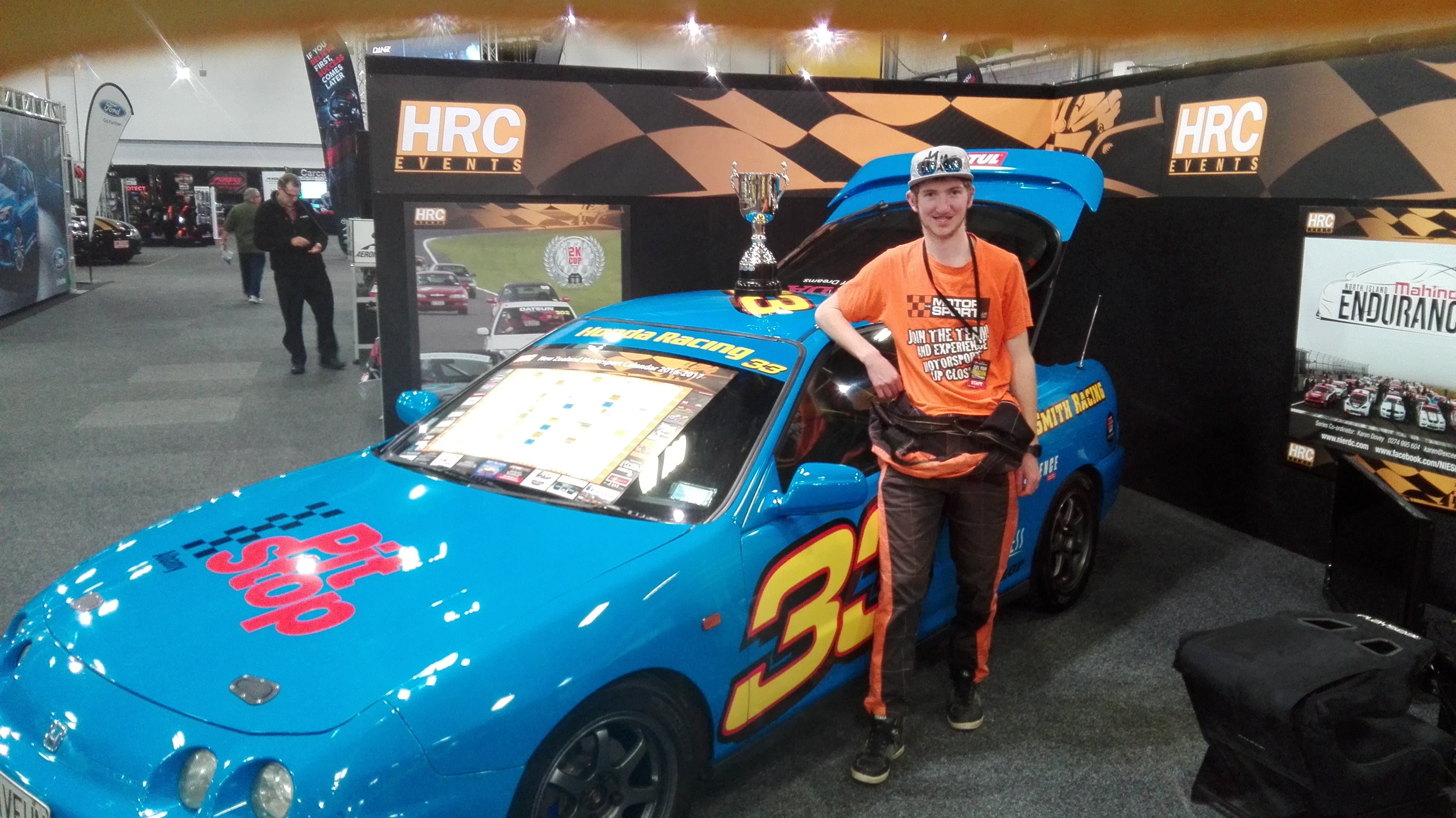 Congratulations to Sam who is the winner of the hot lap challenge at the Speedshow. We have DQ’d James’ 54.901 since its his gear, Matt Smith’s 55.096 because we can and this leaves Sam’s 55.251 as the top lap. It was clear from the weekend that those in the 2KCUP seemed to dominate the leader board in terms of the fastest time, Sam was in fact the only non 2KCUP’er to get up the pointy end. We will see how he goes in the real thing later this year.

We also had a lot of interest in the sim rig so if your in the market for one have a look at the Playseat and Logitech G29 from PLAYTECH, available at playtech.co.nz.

Apart from the above promotion, the guys on the stand talked to ~20 first timers that will be joining the field for the upcoming season. If we could take anything from being at the speedshow it was that we really need to run a mid winter get together for new people to come meet the team and series. 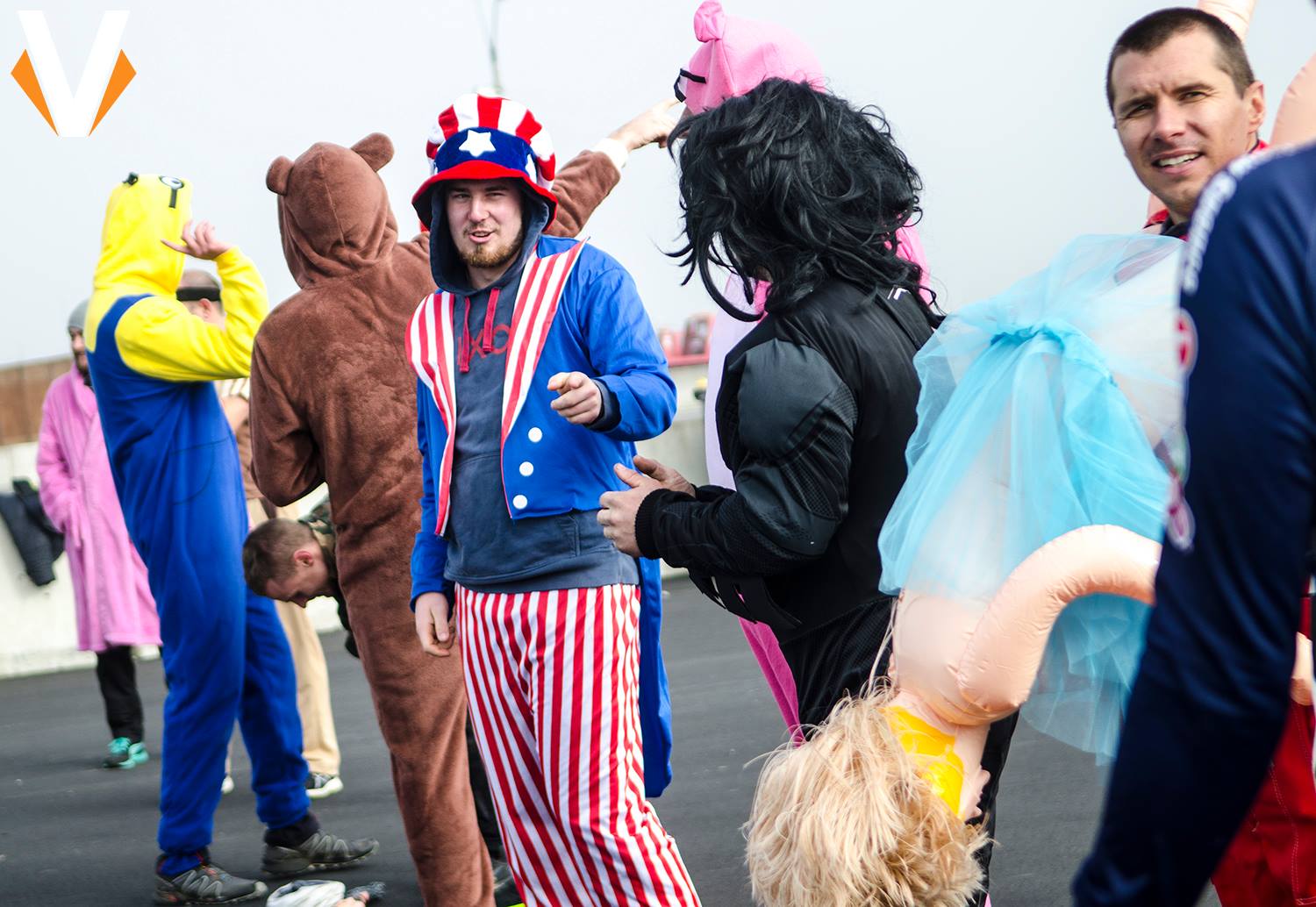 Hampton Downs hosted the 2nd running of the Dunlop 800. The Dunlop 800 event is the longest endurance race in New Zealand contested by New Zealand’s largest and cheapest motorsport class, the 2kcup. This unique endurance race is held in high esteem, so much so that the race brought 4 teams up from the South Island to try to wrestle the prestigious Dunlop hats back to the south.

As the practice session started on time, a thick layer of fog rolled in and the start of the Dunlop 800 was delayed, with teams finding solace at the coffee cart, the fog stayed put. At 10:45 the Motorsport Auckland team deemed the fog had cleared enough for the race to begin and as the Marshalls got to their points the racers started to warm up bodies and cars.

Bodies? you think, Well this race incorporates a Le mans style start where you need to run 200m to the cars where the drivers can then take off, those wearing fancy dress setting a head start. The race is split into groups where slower cars are deemed Amateur, Pro-Am for Mixed teams and Pro for the fastest team. To try to even it out the Am teams set off first, followed by the Pro-Ams 3:30minutes later and Pro teams a full 7:00 minutes later. While this race is an endurance race, this race was off to a quick start, with the lap record quickly being threatened by 3 of the pro teams.

The Rabbit at the front was the Am team of Stephen Guckert/ Michael Gunstone/ Matthew Evers-Carmichael, they had grabbed the lead fromPaul Greaney Chris Greaney Warren Horner-Pascoe. The gap between these two was down to the fastest bear we have ever seen getting a lead in the run to the cars. This battle was to rage between these two teams for the entire race with the difference at the end of the race being under 3 seconds with the Paul Greaney/Chris Greaney/Warren Horner Pascoe taking the Am title and winning their first Dunlop Hats.

As the Pro and the Pro/am teams battled to catch up, there was a great battle between Andrew Gibson and Steve Fistonich, with the 2 trading fastest times until suspension dramas curtailed the day of the little CRX, and he was into the pits to change drivers. As the first round of pit stops came the Am teams were still leading, the race was going at warp speed. In the Pro/Am class the Andrew Kitching / Paul Crowther Paul Booth team from the South Island lead the Dave Rooney/ Peter Edwards/Neil Mallard team, with the Rooney team taking the lead as the Kitching team headed towards the pits, Rooney was on a charge taking a second off his own personal best around the Hamptons track. The James Watson Levin had brake dramas and had to make its way to the pits. With team mate Mark Mallard in the bathroom, the slow pit stop dropped the 2nd placed Pro team over a lap and to the back of the field. That’s how close this race was, after over an hour one poor pit stop dropped the team 9 spots. Mallard set off chasing back the time on the lead car, for this could be the end of their challenge for 800 glory. As the Second Pit stop rounds came and went the Ian Wallace/ James Parkinson/Steve Fistonich, car was building a commanding lead in the Pro Class and the Andrew Kitching/Paul Crowther/Paul Booth team had pulled a solid lead in the Pro/Am Class and the little Euros that could of Stephen Guckert/Michael gunstone/Matthew Evers-Carmichael, lead the race.

As the hours ticked away with the late start a time certain finish became a certainty and the race would finish at 5pm. With this development, the strategy game was going to be key. Mark Mallard was the first to pit at the end of the 3rd stint handing over to James Watson who had commandeered the Integra of Roman Korobeinikov as he went out he produced the drive of the race with fastest lap after fastest lap including breaking the class lap record by .6 of a second to bring his team back into contention, During the stage Ian Wallace took his pro-team to the front and the lead of the race. Pro/am team of Kitching had pulled a solid lead on the back of some great laps by Paul Booth who was driving his first laps of the track on the day and was on the old lap record pace.

As the 4th Stints ended the race was set up with theIan Wallace/James Parkinson/Steve Fistonich leading with the Watson/Mallard/Korobeinikov team close behind. In this stint a safety car was called and with the race tightened up Parkinson lead Mallard as the green flag was waived, the 2 fought closely for many laps with it a tight battle until Mallards engine blew and the Parkinson car hit the front. As Mallard rolled into Pit lane, Parkinson pulled a 15 second lead with the swap to Korobeinikov being slowed, as Mallard couldn’t get to garage with the motor seized, and a run down the pit lane losing time. 3rd place runners and first SI team Rob Whaley Ed Harrison– VELOCITY RACING having a great solid run with the two Levin’s running like clockwork as they pounded consistent lap after consistent lap to try and pull the leaders up.
As the Parkinson car pitted, putting the gun Fistonich back on to the track, the difference was 10 seconds, and the 2 teams would fight to the end. With Korobeinikov closing the lead to 1 second, a safety car was called for the stricken corolla of Stu Fox. This closed the gap to nothing in the overall race, and the race for the Am teams from 20 seconds to 2, so races happening all over the track.

Watson/Mallard/Korobeinikov took the chequered flag with the largest winning margin in race history of 3.3 seconds after 6 hours of racing.

As the team gathered after the race, true 2kcup spirit came out as team talked about their race. Whitebait was supplied by the South Island teams and steaks from The Village Butcher, and the party went late into the night. The fantastic team at 1day supported the class with 3 Action Cams going to the Class winners and the 2nd overall team. @Winstone Glass Winstone Glass for supplying awesome glass cleaner to the teams and MTT Insurance and Classic Cover insurance supplying the Champagne for the winners. 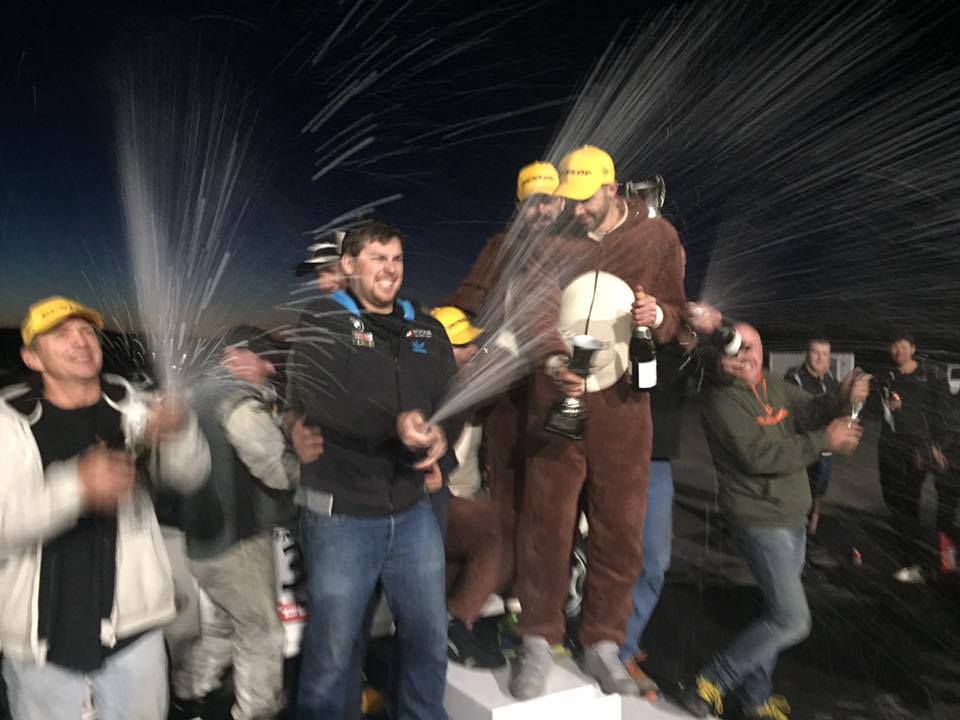 I don’t want to say to much as there is a lot to read between the BBQ committee and Mark below. See you all at Taupo! Regards, James Watson   Round 5 Entry Entry for round Read more…