Wet weather warriors wrestle whips at Hampton Downs
The event may have been named the ‘Fiesta’, but round two of the 2KCup season was much closer to resembling the wet watery backdrop from the Titanic.

But though there were no icebergs at Waikato’s Hampton Downs, danger was still present thanks to several morning showers — as well as several more as the day unfolded. This played havoc on qualifying for the class, with track conditions changing across the three separate sessions subsequently muddling the order.

But even with all the variables in place, the quickest qualifier remained a familiar face — ‘Racing Ray’ Williams and the GVI Honda Integra lighting up the timesheets with a 1:23.075; seven tenths up on the next-quickest driver, Steve Cox and his Toyota Levin.

Williams went on to win the first heat in greasy conditions, over Ivan Palovich’s James Smith — also both driving Integras. The first of the Toyota Levins was Mark Mallard in fourth, who had fought through to the position from outside the top 20.

However, the balance would swing towards the those aboard Toyotas for the second and third heats, with young Oscar Drummond taking out race two in his MR2, and Sergey Kevrukh taking the third heat in his black Levin.

The winning ways of the almighty Levin continued in the split one reverse-grid race, with Steve Fistonich taking the win in his gloriously scalloped example.

While in group three, Shane Geddes’ Toyota MR2 — which appeared to be haphazardly lined with Kermit the Frog’s disembodied skin — rounded out a good day for the brand by winning by a gargantuan 13 seconds.

But it was in the second split where things took a turn towards the strange, as fans and team members alike witnessed history — Hugh Parris hauling home his taller-than-Irene-van-Dyke Citroen XM to victory; the first recorded instance in motorsport history of a Citroen finishing, let alone winning, a single racing event.

In contrast to the Dunlop 800, where it seemed certain cars were magnetized to the selected areas of the armco in the wet, the racing was relatively incident-free all day. Apart from a few little offs and spins, the biggest shunt went to Leslie Gorvett and his ‘MONSTA’ Toyota Corolla in the second race for split one — achieving the full ground sky–effect on the outside of the final corner. Both he and the Toyota will be back to fight another day.

Teen heart-throb Kent Dalzeill also had a few troubles at the final corner, looping his EF hatch in the final heat, lucky to avoid the flow of following traffic. He’ll say it was prompted by technical dramas, when the truth was a simple case of a driver running out of talent — a common trait among Honda drivers.

But, inverted Toyotas aside, it was another successful weekend of racing from the 2kCup series. The category now prepares themselves for round three of the series at Pukekohe Park Raceway, supporting the annual, historic Thunder in the Park meeting on Saturday December 12th. 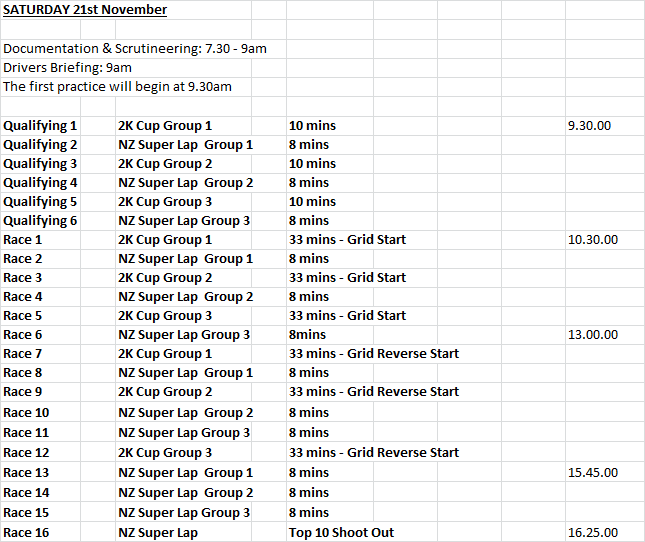 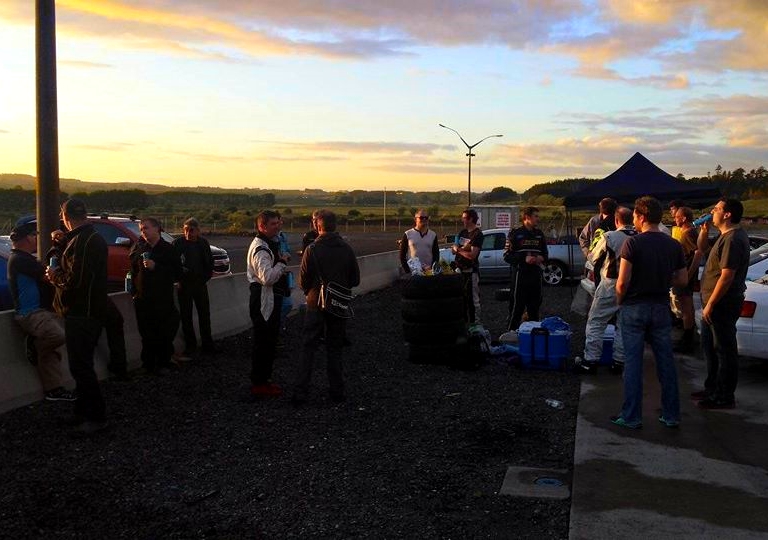