We are still working out the order that the groups will run. At this stage we think the Fast will be Group 1, Not so fast will be Group 2 and Nearly going fast and having fun (slowest) will be group 3.

There will be 3 grids. The fastest groups race grid (group 1) will be released after the first two groups have qualified. The third qualifying group has been used for second drivers and drivers that would not normally qualifying for the top 40. Once the third group has qualified the second and third groups grids will be created.

This method was chosen because the Fastest group are racing only 10min after the 3rd group qualifies, so releasing grids that late would be a pain in the ass for everyone. 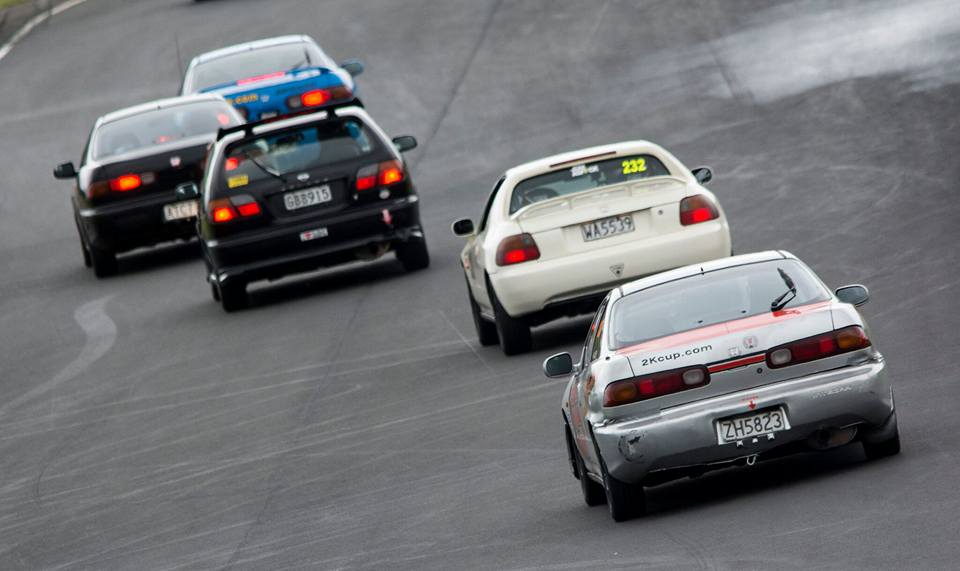 Round two recap! Wet weather warriors wrestle whips at Hampton Downs The event may have been named the ‘Fiesta’, but round two of the 2KCup season was much closer to resembling the wet watery backdrop Read more…